This is a followup to my previous article "What do you need to bring to a debating competition?" and part of a series of introductory articles.

First you have to find the venue. This is most likely a large generic university building and should be listed on the facebook event. Google maps and a knowledge of astronomy may be helpful for this stage.

When you arrive you will be need to register. There will likely be a stressed looking person at the entrance or in the main hall with a laptop. This is simply a matter of telling them your individual and team names,  and various other details such as:

Once all that is sorted you will be directed to the main room where announcements will take place. Announcements will include introducing various people:
They should also announce the schedule for the tournament and explain where the various rooms are. Please listen carefully to this part.

Once everything has been sorted out the positions for the first round will be announced, generally, assuming all the technology is working, positions will be put up on a big screen. (This is known as "rolling the tab").

This will include your room number, position on the table, who else is speaking in that room and the judges. Be sure to write down the first two. They are normally nice enough to re-run it if you miss it, but it slows things down so try to get it first time. I advise not stressing about who else is in your room, however good or bad they are your best bet is to debate the motion as well as possible.

Once everyone knows where they are the motion will be announced, again probably on a big screen. If there is anything about the motion you do not understand you should ask the CA team.

At this point your 15 minutes to prep starts. If you are speaking try and find your room, hopefully they will have explained the locations during announcements, but if not ask a member of the host institution, as university buildings are not always very intuitively laid out. Then either sit inside and prep if you are in Opening Government/First Prop, or nearby if you are one of the other teams.

Also remember that you can only prep with your partner not with other teams in your room or people from your institution.

If you are judging you don't need to rush quite as much, so hang around a bit as there may be a judging briefing from the CA team. If you are a chair you will need to collect a ballot, and if not try and find your chair and introduce yourself to them.

After each round you will be asked to step outside while the judges come to a decision. It is also traditional for all the speakers to shake hands, though doing this with 8 people can be somewhat convoluted. Then stand near the room (close enough for the judges to find you, but not so close they can hear you talking outside) and have a chat with everyone. This is a good time to meet and get to know new people from different societies.

The chair judge will then give the result and some feedback on the debate. I recommend taking notes on what they say during that, you will also have the opportunity to talk to them and the other judges afterwards. I cannot recommend getting feedback highly enough, it is pretty much the most important thing you can do to improve as a debater.

There will be a short break after every round and most competitions will have a longer break for lunch in the afternoon. This gives you time to chat, relax, use the facilities and get food and drink before the next round, and can also be a good opportunity to touch base with your partner and discuss how you have been doing.

As someone who has run competitions I would like to beg you to check when you need to be back for each round and arrive by that time, so no additional delays take place.

In a standard British Parliamentary Debating competition teams are ranked in positions of 1st to 4th after each round. Teams are then given points (known as "team points") based on this with the team in first getting 3 points, the team in second getting 2, the team in third getting 1 and the team in 4th getting 0. These are then added to their points from the previous rounds, and for each round after the first round teams compete against other teams with the same number of points. For example in round 3 a team who had received a 1st then a 3rd, so had 4 points in total, might compete with another who had taken two 2nds in a row, so also had 4 points total.

For each round judges will also award "speaker points" which unsurprisingly are assigned to each individual speaker in the round rather than to teams. Though a teams total points should reflect their order in the round. Speaker points are on a scale from 50 to 100 with 75 being the average, (the reason for having 50 as the lowest is to distinguish those who do not attend at all, who get 0). The criteria for assigning speaker points is somewhat complicated, you can find the official scale used at the World Universities Debating Championship here.

Speaker points are used to rank speakers individually and allow them to assess how well they did in a particular round. These are normally not revealed during the competition but are published afterwards and there may be prizes for the best speaker or the top X speakers.

The team and speaker points for each round are compiled on a ballot which is then sent to the tab team to allow them to generate positions for the next round.

"The break" is the minimum number of team points required to 'break' to the out rounds. E.g. "The break is on plus 1" refers to teams needing 1 point more than straights to reach the out rounds.

An "out-round" is any round after the main rounds, e.g. Quarter-Finals, Semi-Finals, Final, Novice-Final, ESL Final etc. Also called the "knock-out" rounds.

The minimum number of points needed to break will vary with the size of a competition and how well the different teams are doing. When teams are tied on team points the tie is broken by their speaker points across all rounds (these teams are referred to as "breaking on speaks").

Confusingly people will often refer to the list of teams who have reached the out rounds (so have "broken") as the break. So will often say "the break will be announced in ten minutes".

If you are lucky enough to get into one of these rounds (colloquially known as "breaking") try and relax and enjoy it.

If not don't worry, it doesn't mean you are an innately terrible debater or whatever, in this as in any activity a large element of luck and practice is involved. Just take the opportunity to relax after a long day of debating and enjoy some, hopefully, high quality speeches. 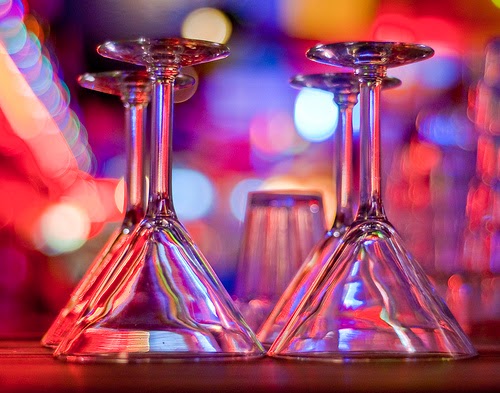 Most competitions will include some sort of event in the evenings after the debates are completed, or between days on longer competitions.

These can vary greatly in scale, from quiet pub nights, to epic clubbing and dancing. Alcohol is often involved but is not compulsory. May include games and organised activities. The winning team, best speakers etc. are normally also announced here, and will also be posted on the relevant social media pages.

Generally a good opportunity to relax after a long day of debating and get to know people in a less formal context. Same rules as any student event apply, don't feel pressured to do anything for the sake of “banter.” But debaters are generally lovely, if somewhat socially awkward people.

Depending on when the tab is released this may include people bitching excessively about the points in round 3, and how that was a totally illegitimate call… I tend to try to avoid that and attempt normal human conversation, but whatever floats your boat.

It is customary for competitions to provide accommodation, known as crash, for participants travelling from sufficiently far away that they cannot reasonably travel home on the same day. Generally you'll need to register for this in advance. Normally crash is provided by members of the society that is hosting the event, or by non-debater students of that institution, larger or multi day competitions may suggest a local hostel you can stay at instead.

When staying with a student for free you will can naturally expect a very minimal standard of accommodation. Sleeping on sofas and floors is not unusual, so bring a sleeping bag and whatever else you need to make yourself feel human the next day. See my previous article "What do you need to bring to a debating competition?" for more details. You may also be sleeping with a large number of other participants, but generally you will be allocated crash with other members of your institution, and you may be able to get crash with specific people or single gender crash.

You should be introduced to the person you are staying with and can arrange the practicalities of when you go back with them, depending if you want to stay out late partying or whatever. Try to be nice to your crash providers and ensure you leave their house in a pleasant state, as they've volunteered to take you into their home for free and are vital to the running of the tournament.

That ended up being longer than I had planned it to be, but hopefully gives a fairly comprehensive explanation of what goes on at a competition. Thanks to everyone who gave me advice on content (and basic grammar).

As always any comments on this article, and suggestions for future topics are appreciated. You can comment below or contact me personally on JohnWBH [at] Gmail [dot] com.